Posted by jetsetpilot on April 6, 2016 in Past Trips |No Comments

All the long hard work planning every detail for our corporate client’s employee rewards trip to St. Petersburg and Clearwater Florida was about to be realized. This was a special corporate trip, as my client had extended the request to have me personally join them in festivities in order to ensure every detail along the way would be smooth. The day had arrived to meet many of the people I had spoken with over the last 8 months.  We were headed to Tampa International via Philadelphia and my plan was to meet everyone at the gate.  When just a small handful had made it by boarding time, I started to sweat.  “Did I mess something up?” I thought as I paced back and forth in front of the gate.  Final boarding was called and up walks the remaining three quarters of the group.  Where had they been?  Why, in Chickie’s and Pete’s, of course and they didn’t have a care in the world.  “Why the heck didn’t I think to check there?” I laughed as I boarded the plane. 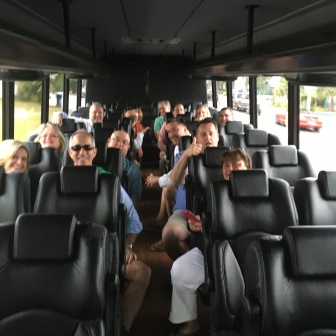 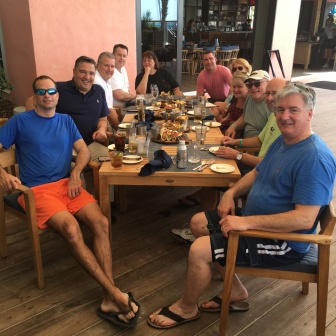 Upon arrival in Tampa, we herded everyone at the luggage carousel.  We then went out through the double-doors and met our driver, who helped us with our luggage and onto the bus.  We headed straight to St. Petersburg Beach.  That’s when we first saw “The Fog” as we crossed the causeway to St. Petersburg.  It wasn’t pretty, but became a central focus of the trip.  It would hang around most of the time we were there.  Even though one of the primary reasons we were there was to see the Phillies play spring training in Clearwater, I had decided to use a hotel outside of Clearwater as the hotel offered amenities that my corporate clients would appreciate.  Clearwater is nice, but traditionally doesn’t cater to that sort of traveler.   We arrived and immediately had lunch and drinks by the pool as some of the group waited for their room.  The food was great, the drinks were cold and the atmosphere was just as we wanted it: relaxed.  We later had dinner on the South Terrace of the hotel.  It was perfect for what we wanted.  Although the fog was still hanging about, the temperature was comfortable with a nice breeze.  Great conversation and cigars were shared by all. 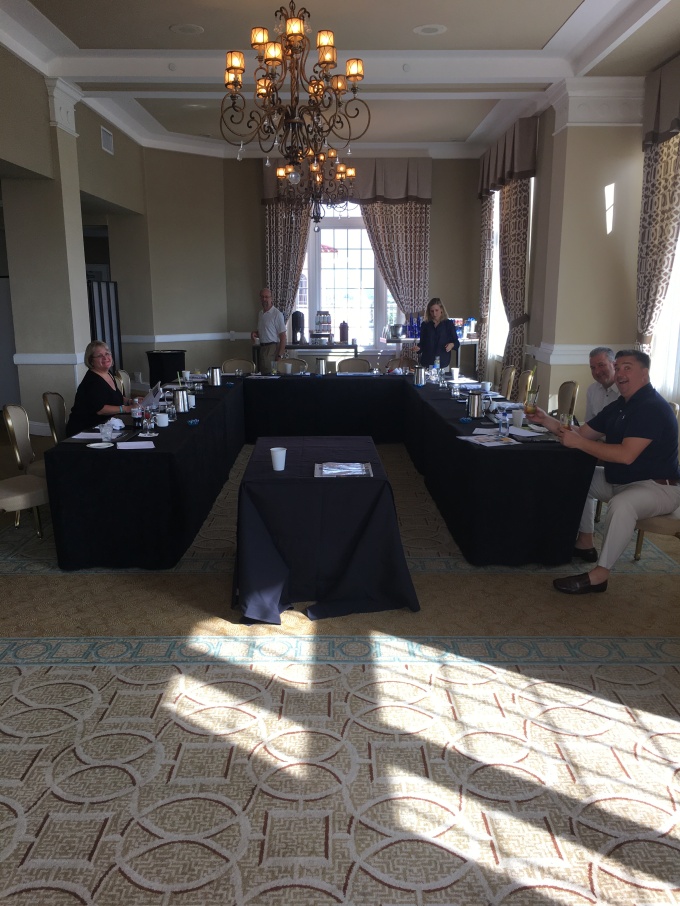 The next day featured an amazing breakfast, a business meeting that was very productive for all parties, but then it was back to relaxing.  We kept a low profile the remainder of the day until we left the hotel in the evening for our sunset cruise.  We were picked up and escorted only a mile or two down the road to the local marina where we hopped aboard “The Island Time”.  This was a great vessel which featured an upper viewing deck and lower dining deck.  We were promptly greeted by a manatee at the docks, which apparently was a unique experience as they rarely enter the salty waters of the Bay.  We set out into “The Fog”, not expecting to see the sunset…and we were right.  That was quite alright as we spent time gazing at the mansions on the coast, the beautiful bridges and so much more.  The quiet as we coasted through back channels was welcome and set a wonderful ambience to the entire night.  The Captain’s featured tunes were solely Jimmy Buffet.  Each of the nights featured some fun by the fire pits at night.  I won’t go too far into detail about those… 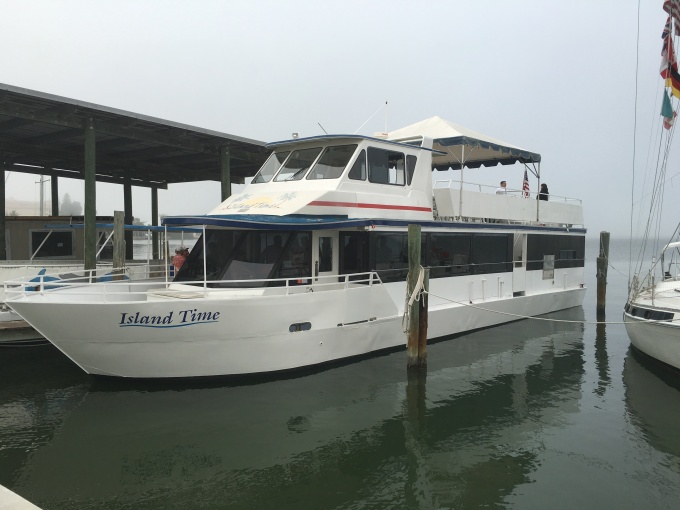 The last full day was St. Patrick’s Day.  To celebrate, we went to the Phillies spring training game in Clearwater.  It was quite a scene!  I was dressed in green beads and other paraphernalia as I led them to our seats: right on the field, above the tunnel the players ran in and out of.  There were picnic tables with room to walk and chat.  Little did we know we had come far enough inland to outrun the fog and it was blazing hot (at least to us snow birds) outside!  Between the barbeque that was included and the beers to celebrate St. Patrick, the day was cut short and we headed back to the hotel after dropping the group leaders off at the airport to go home.  We headed straight to the neighboring beach bar and had such an amazing time.  The NCAA tournament was on, it was St. Patricks Day, there was a volleyball tournament on the beach and the sunset was spectacular!  It was a wonderful way to end a really amazing trip.  Even as I planned it, I couldn’t have imagined how perfect it really did turn out! 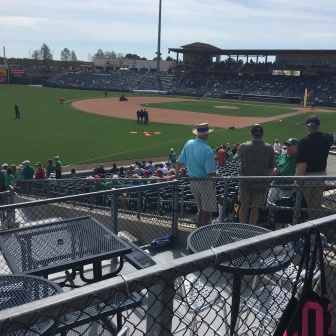 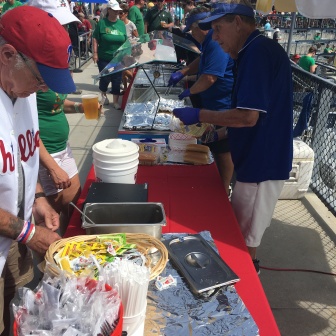 There are such high expectations with corporate groups and such elaborate planning needs done ahead of time.  Please, trust us to plan your next group outing of any kind.  We promise to make it reach its potential as a trip.